We found the following for {{current.query}}:
No results found
Kurzmitteilung

A panel discussion entitled “Café Europa Westbalkan” on the Western Balkans focus of the Province of Styria took place at FH JOANNEUM on September 16, 2021.

The second edition of the “Café Europa Westbalkan” was dedicated to the transfer of know-how between Styria and the Western Balkan countries. Speakers at FH JOANNEUM included Manfred Brandner, Honorary Consul for Kosovo and Managing Director of bit media e-solutions GmbH, Robert Brugger, Managing Director of the Internationalization Center Styria (ICS), and Ermira Qosja, Professor at the European University of Tirana. Also on the podium was Bojan Jovanovski, project coordinator of “KnowHub” at the Institute of International Management at FH JOANNEUM. The event was moderated by Doris Kiendl, Chair of the Department of Management and Head of the Institute of International Management at FH JOANNEUM. Present guests of honor were Roland Bimo, Ambassador of Kosovo in Austria, Kaltrina Ademi Oruci, First Secretary of the Kosovar Embassy in Austria as well as Christa Zengerer, Managing Director of AC Styria.

At the “Café Europa Westbalkan” it was discussed, among other things, what Styria and the Western Balkan countries can learn from each other with regard to the translation of innovative ideas into marketable products and services. It was also about the inter-regional exchange of thoughts and ideas on a scientific and economic level and where the interfaces for future cooperation lie. It is a fact that the Styrian economy, whose driving force is the strong pairing of innovation and synergetic cooperation between universities and companies, earns every second euro from the export of goods and services. In this context, the Western Balkans represent an important partner for Styria - on the one hand because of their geographical proximity, and on the other hand because of their traditionally close economic, social and cultural ties. However, the volume of profits earned by Styrian companies in the Western Balkan is currently still very low: Only about one percent of Styrian companies' foreign trade is accounted for by business with the Western Balkan. The region has great potential in future-relevant areas such as digitalization. At the same time, the Western Balkan countries are driving the commercialization of innovative ideas by forcing cooperation between science and research on the one hand and business on the other.

“Café Europa Westbalkan” was organized by the Province of Styria in cooperation with FH JOANNEUM and the Internationalization Center Styria (ICS). 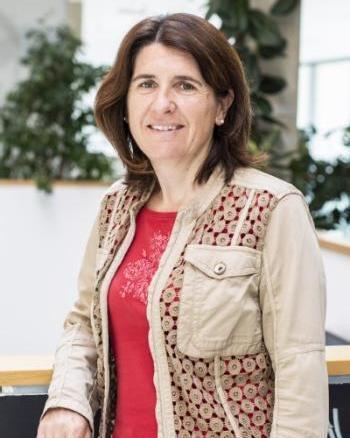 Head of Institute
Institute of