OBELICS addresses the urgent need for new tools to enable multi-level modelling and testing of EV and their components in order to deliver more efficient vehicle designs faster while supporting modularity to enable mass production and hence improved affordability.

The overall objective of OBELICS is to develop a systematic and comprehensive framework for the design, development and testing of advanced e-powertrains and EVs line-ups, to reduce development efforts by 40% while improving efficiency of the e-drivetrain by 20% and increase safety by a factor of 10 using OBELICS advanced heterogeneous model-based testing methods and tools; as well as scalable and easy to parameterize real-time models.

OBELICS will develop innovative and reliable modelling approaches that are based on first principles (mechanistic, physical, electrochemical, electro-thermal, electromagnetic model basis), are real-time capable and allow for systematic scalability towards real-time models; systematic scalable approaches towards real-time models will also be elaborated within the project. Furthermore, it will ensure compatibility of the models between different components as well as development levels/phases.

OBELICS will investigate new and innovative model-based testing methods and tools which can be applied in HiL environments that are crucial for the development of e-powertrains, especially when it comes to higher needed frequencies for inverters, e-motors, batteries and reliability assessment of batteries (thermal, mechanical, electrical). Super-fast and efficient testing facilities that are able to emulate 20kHz arbitrary signal forms (using new SiC electronics) and voltages up to 1000V will be specified within this project. Furthermore, the testing methods and tools will consider real-life mission profiles. Testing prototypes and use cases will be used throughout the project to determine electrical, mechanical and thermal behaviour of e-drivetrain components and to validate testing methods and tools.

The underlying concept of OBELICS is to implement systematic modelling and testing (and corresponding corrections) of the system from the begin phase. In traditional design flows, there can be no systematic testing of the entire system until it has been fully implemented. As a result, design based problems remain hidden until late in the system development, when fixing them is significantly more costly and disruptive. Shifting to model-based testing, as envisioned within OBELICS, enables engineering teams to more readily understand design change impacts, communicate design intent and analyse a system design before it is built.

The current approach of the automotive industry is based on the V-Model, where the integration and testing is carried out on the right side of the V. In traditional design flows, there can be no systematic testing of the entire system until it has been fully implemented. Within OBELICS, testing efforts will be transferred from the right arm of the V to the left in order to reduce the overall development time and effort. Since very detailed models with high accuracy are often slow in computational speed, it is important to reduce the model complexity for certain simulation or testing tasks in an easy and efficient way, where higher computational speed is required (e.g. real-time capability). Scalability of models means that they can be easily adapted in the one direction (higher accuracy) or the other (higher computational speed), dependent on the requirements of each investigation task.

In this project, Electronic Engineering's experts develop an inverter configurator to support the designer at the early stages of the project. Moreover, we carry out scalable models of high frequency inverters based on silicon-carbide (SiC) technology, including electrical and thermal effects. Also, we research about frontloading and trade-off methods and tools for real-time deployment and testing of the HF inverter model and its control algorithm. Those models, methods and tools will be demonstrated in prototype emulator platforms developed by FHJ that combines CPUs and FPGA in a Model-based Design approach. This approach allows automatic generation of C-code and VHDL from MATLAB/Simulink as well as execution of generated code/hardware in a seamless manner for the user. 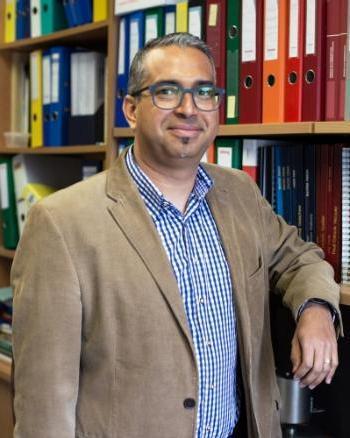