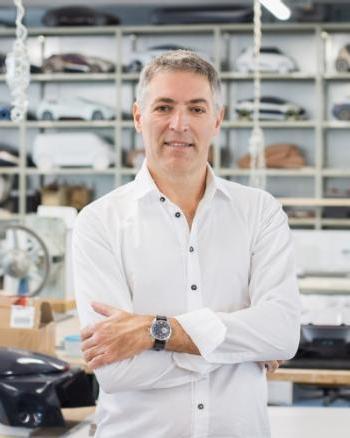 Walter Lach has been working as a model builder since the 1980s. He learned his trade at Magna Steyr (at that time still Steyr-Daimler-Puch). In 1994 he started the HTL for structural engineering, which he successfully completed in 1999. A change to the construction industry was prevented by the FH Joanneum, which was newly founded at that time and was looking for a model builder for the Industrial Design course. Walter Lach started as a research assistant in 1998 and has been in charge of the model-making workshop for the institute since 2010.

His main focus is on teaching the "basics" in the courses Modellbau 1 and Modellbau 2 as well as supervising all work that is required in the Bachelor's and Master's courses and that requires a physical model.