Report on my semester at the Hogeschool van Amsterdam partner university in the Netherlands. 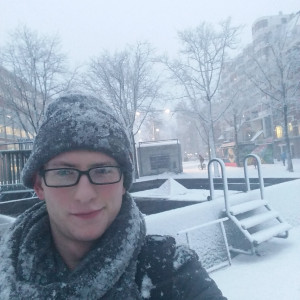 Studying abroad for half a year, far away from my family and friends and practically alone was a thought which filled me with great fear, I must confess.

One thing which I noticed shortly after arriving here at Schiphol Airport – I wasn’t alone. Every year, close to 10,000 students enrol at one of the three universities in Amsterdam and for most of them, their experience of arriving here was the same as mine.

This made it easier to make new friends. I was allocated accommodation in one of the endless halls of residence dotted across the city, living with lots of other international students. The International Student Network Amsterdam, or ISN in short, ensured that we settled in during the first week and gave me endless opportunities to get to know new people and the city itself.

My local university, the Hogeschool van Amsterdam, is a modern establishment spread across the city. Sometimes the organisation can be rather chaotic. However there have been no problems collaborating with the Dutch students who have all proved to be friendly and helpful and make up the majority of my Big Data semester programme.

The difficulty of the course should not be underestimated but it is easy to keep up thanks to my previous studies in Information Management. I also noticed a significant improvement in my English after the first month. And while spending a semester abroad is a challenge which should not be underestimated, I recommend everyone to take advantage of this unique opportunity.

Amsterdam, city of bicycles and canals. Not only did I learn how to ride my bike in any possible situation during my time there, but also how to appreciate the incredibly diverse society and what it offers. From the warm and comfortable weather in August, sitting with other students beside a canal drinking beer, to the snowstorm in the winter, cycling over the snow-capped and slippery road to the next lecture.

The people are as diverse as the seasons. Arab, Asian, African-American and virtually any other ethnos can be found there. Political views and sexuality are liberal, and people appreciate an open discussion. I am lucky that I had the chance to meet and discuss with people with diverse backgrounds and now see the world in a different light.

But my experience with the country is not limited to the city; I also travelled around the country by train and bicycle. Rotterdam, city of architects enchanted me as well as the beach and the sand dunes in The Hague. The countryside itself, however, can perfectly be described like the jokes told by one of my best friends Herbert Schwabl. Flat.

From time to time, especially when I was alone, there were moments filled with anxiety and sadness, because of the distance to Austria, my friends and family. I fought it with Kaiserschmarrn, a call home and, how embarrassed I am to admit this, the Spotify Austrian pop song playlist. As winter passed, so too did this feeling of loneliness and the sun began to shine again over the roofs of Amsterdam, drawing shiny patterns on the surface of the canals.

Finally I’m home again, looking back proudly on my time in Amsterdam, my new friends there and the numberless things I had the luck to learn. No longer is the city of bicycles and canals foreign to me, instead I would call it my second home away from home.