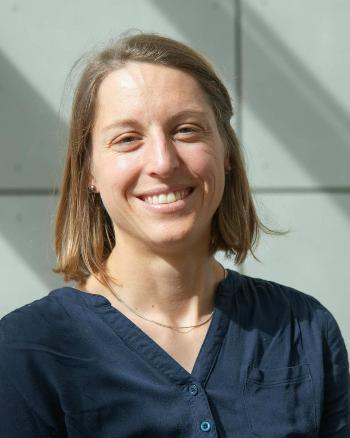 Birgit Jocham has been a university lecturer at the Institute of Physiotherapy since 2018. In her work, she deals with new technologies in physiotherapy and their practical applications. In addition to teaching, she is involved in research projects on topics such as telerehabilitation and health literacy.

From 2013 to 2016, she worked at a position between therapy and technology in the development of robotics and computer-assisted therapy devices for the company Tyromotion GmbH. Birgit Jocham studied physiotherapy at FH JOANNEUM Graz (Bachelor's degree, 2007-2010) and Health Assisting Engineering at FH Campus Wien (Master's degree, 2014-2016).