We found the following for {{current.query}}:
No results found
Mag. 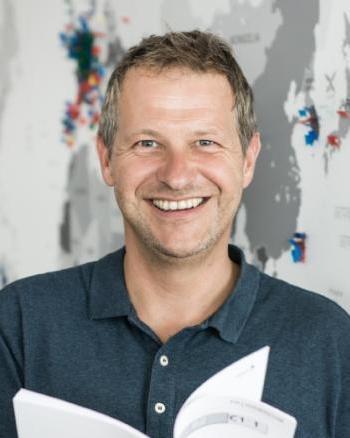 Christoph Hofrichter studied German Philology and French at the University of Graz and joined FH JOANNEUM in 2002. During his studies, he gained teaching experience as part of a two-year assignment as a language assistant in France (La Rochelle and Poitiers) and at various language schools and institutions in Austria (including Treffpunkt Sprachen language centre of the University of Graz, Institute for Economic Promotion of the Austrian Economic Chambers - WIFI, Actilingua, Deutsch in Graz German language school). Christoph Hofrichter was also involved in integrating learning content into e-learning platforms at the University of Graz (including for Treffpunkt Sprachen).

Christoph Hofrichter taught German on the FH JOANNEUM qualification course for university entrance in Kapfenberg from 2008 to 2010 and in Graz from 2011 to 2012.

He now works at the FH JOANNEUM in the International Relations Office, where he is responsible for organising and coordinating the university's comprehensive range of German courses and cultural programmes for exchange students, international degree-seeking students, staff and refugees. From February 2020 also for CAMPUS LinguaNEUM, the wide language offer at FH JOANNEUM. He is also responsible for the public relations of the Service Department (brochures, social media, website) and administration of the partner universities.

Together with Birgit Hernády he gave a presentation on internationalisation (at home) at the international conference on "Multilingualism in Society, Politics and Education" “The university as a linguistic and cultural mediator: the challenges of 'German as a foreign language'”) at the University of Freiburg (Germany, March 2017).

He conducted the workshop in Mashhad (IR) in October 2018 "Networking & Organisation of international events" also as part of the EU project INTERNATIONALISATION OF HIGHER EDUCATION IN IRAN (IHEI).