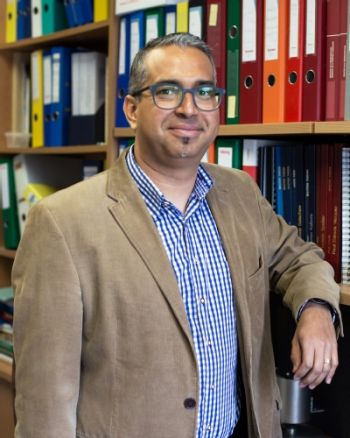 Raúl Estrada Vázquez, MSc MSc received his BSc in Electronics Engineering at Veracruz Institute of Technology (Mexico) in 1998. From 1998 to 1999 he worked as an engineering assistant of nuclear steam supply systems for Laguna Verde Nuclear Power Station, Mexico. Working as a Teaching Assistant at Monterrey Institute of Technology (Tec de Monterrey) he received his MSc degree in Automation (Control Engineering) in 2002 and continued teaching and researching in the fields of industrial process automation and control engineering until 2006.

In August 2006 he joined the company ADEX S.L., Adaptive Predictive Expert Control, Madrid, Spain, where he worked first as a developer and then as a leader in project of optimized control for industrial processes (simulation and implementation).

Since June 2009, he has been working at FH JOANNEUM, where he completed his Master's degree in Advanced Electronics Engineering in 2012. Currently, he is a Senior Lecturer at the Institute of Electronic Engineering in the field of Model-Based Design for Real-Time Computing. He is particularly interested in new concepts of power electronic converters for electromobility and energy efficiency.