We found the following for {{current.query}}:
No results found
MMMMag. DDr. 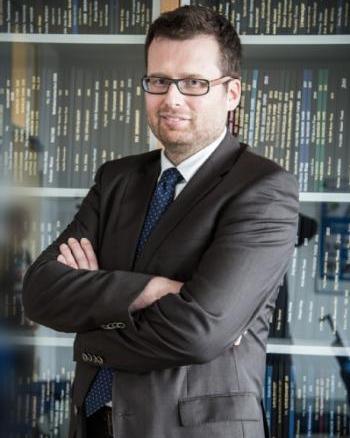 Wolfgang Granigg has been an employee at FH JOANNEUM since September 2017. Since the 1st of October 2017 he has been acting as the head of degree programme for the master study programme “Business in Emerging Markets”. He has been a university lecturer at the Institute for Systems Sciences, Innovation and Sustainability of the University in Graz in the field of systems sciences for many years. Since autumn 2017 he is a university lecturer at the Institute for Business Education and Development in the field of in-company education and training as well.

Before he switched to FH JOANNEUM, DDr. Wolfgang Granigg was employed at one of the leading media groups in Austria, Croatia and Slovenia, the Styria Media Group AG. He had been working there in various positions with ever increasing responsibility. Since 2014 Mr. Granigg has been the head of the central holding-function “Corporate Development” within the Styria group. In this position he and his team were responsible for strategy consulting & strategy development, market research & competitive intelligence, innovation, M&A as well as for the central project management.

DDr. Granigg has a broad education in business, economics and social sciences – he has completed four Master’s programmes and holds two doctoral degrees in the areas of business administration (information sciences, Dr.rer.soc.oec., 2006) and mathematics (systems sciences, Dr.rer.nat., 2009). He finished the Executive Scholar Program „Leadership & Management“ at the Kellogg School of Management of Northwestern University in Chicago in 2015. DDr. Granigg is married, has two sons and lives in Graz with his family.