We found the following for {{current.query}}:
No results found
Memo

The Mate Project: for equality and against discrimination

Mate is an innovative student-centred approach with the aim of helping domestic and foreign students form intercultural competences in the intended time span of two years.

According to Ingrid Kienberger, a researcher at the Institute of International Management at FH JOANNEUM, “the project prioritises similarities over differences”. The institute is the main organizer of the project, but the Institute of Journalism and Public Relations takes part in the Mate project as well, namely through the so-called “Hate Speech Project”. The Mate project is co-funded by the Erasmus+ Programme of the European Union and its aim is to bring together local and foreign students of different partner universities to transgress social borders and enhance their intercultural competences and strengths. Together, they stand up against Hate Speech and hate on the web.

In order to achieve this goal, desk-research on student social media sites has been conducted online as well as offline. Furthermore, over 100 students were interviewed and asked to share their experiences with Hate Speech. An online-survey, conducted with 800 volunteers, illustrated how many of the participants had already faced online Hate Speech at least once, how many had even done it themselves and how Hate Speech had affected them in their lives. The study also points out which of the interviewees’ aspect of their identity they felt was being targeted. The aspects against which they had to face the most hate were their physical appearance, their gender, and their political orientation.

To prevent Hate Speech in the future, students are trained to report racism and other forms of discrimination, as well as to organise events themselves which concern these topics. Also, an Intercultural Skills Assessment Online Tool has been established which allows an evaluation of the students’ level of intercultural abilities. Further results of the aforementioned local studies and those of the partner universities have been summed up in a European Report on Hate Speech. However, the end results can be anticipated for the end of the project in 2020. 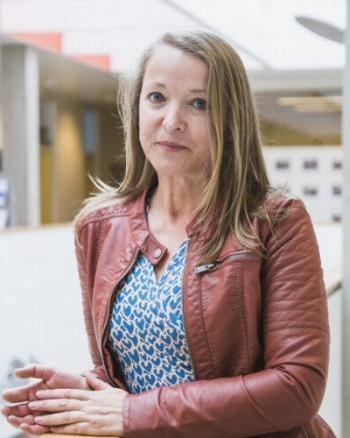