The pilot loses consciousness in the cockpit: a research team at the Institute of Aviation at FH JOANNEUM has developed an algorithm designed to land light aircraft safely in an emergency.

The pilot loses consciousness in mid-flight. In large aircraft the co-pilot is present to take over the controls. But in so-called general aviation light aircraft the pilot is alone, so what happens then? Arno Fallast and Andreas Hinze at the Institute of Aviation at FH JOANNEUM have been looking into this question together with partners from industry.

Aircraft manufacturer Diamond Aircraft of Wiener Neustadt provided the scientists with a twin-engine DA 42 plane to fit out for their research, and TTTech Computertechnik AG installed the hardware. The aircraft giant Airbus and the University of Stuttgart were also involved in this project which was funded as part of the Austrian Research Promotion Agency’s (FFG) Take Off programme.

The original plan was for hardware and software to take over complete control of the plane to land the aircraft completely automatically and, above all, safely. “Our part of the task was to develop the software which would enable the plane to find its way to a suitable airport or airfield,” explained Arno Fallast. However, designing a navigation system for a vehicle is child’s play compared to the difficulty of implementing one for air traffic. “A sat-nav only has to locate particular streets, and say whether I should turn left or right at a certain crossing. An algorithm can quickly solve that,” says Arno Fallast. “But it’s different in the air as there are no streets. There are countless routes to the airfield. The question is how to find the best one?“

There are also obstacles to overcome above the clouds. Closed airspaces block some possible flight paths while allowances must also be made for the terrain and what is known as flight performance, i.e. curve radii, climb and descent performance. “We calculated courses which navigate round obstacles such as mountains,” explains Andreas Hinze. In selecting a route the software needs to take into account not only distance to the destination, but also wind and weather conditions. For wind direction is hugely important when it comes to choosing the right runway for landing.

The system needs to respond very quickly. For if the pilot becomes unconscious, the plane must receive commands immediately after the panic button has been pressed. Within around ten seconds the software needs to have found an optimal solution which is then reported by radio to air traffic control. Then the plane flies the route automatically.

Initial tests were conducted in a research simulator at FH JOANNEUM before the software was put to the acid test in Wiener Neustadt. “After simulated failures, the DA 42 plane determined the course and flew home precisely as calculated,” explained Arno Fallast. Currently the solution is still much too costly for a small aircraft. Three independent computers, three GPS receivers, and a range of sensors and actuators are all needed to operate the rudder and flaps. However, “the system is ideal for recommending a route to the pilot if, for example, he has lost his way,” says Andreas Hinze. Research into further improvements continues. 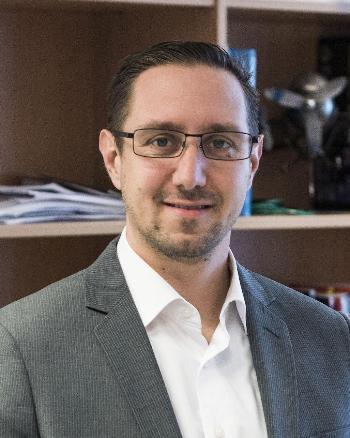 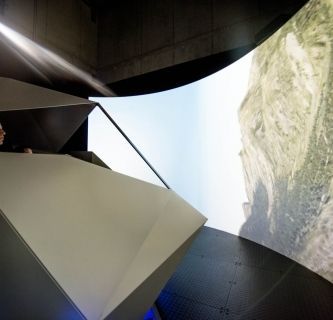 Equipment normally only available at airports is now installed at the research laboratory at FH JOANNEUM Graz: the flight simulator JFS² and the full-motion simulator JFSM.