The Digital Media Technologies (DMT) group of the Information Management degree programme develops multimedia solutions for a variety of applications. DMT is involved in several projects with multimedia interactive installations for museums and exhibitions.

Books which speak, digital projections which can be influenced by movements or material cards, and other technologies which make exhibitions interactive and thus more exciting for children and adults count among the specialities of the Digital Media Technologies (DMT) group. DMT develops and adapts technologies for interactive installations – such as tailor-made input devices and settings for augmented reality applications, etc. – and is able to produce or prepare the necessary multimedia content in FH JOANNEUM’s own studios. The services of DMT are scalable depending on the demands of the exhibition. They range from individual installations, starting with the conventional info app for touch screens, to complex interactive spaces in which virtual environments can be controlled by the body.

Usability is at the centre of the projects. This is ideally already included in the design of the installations or multimedia exhibitions. “The requirements of the target group must be recognised and taken into account early on in the design process so that visitors to an exhibition feel good and actively accept the content. This guarantees word of mouth advertising and positive viral effects and leads to a higher rate of repeat visitors,” says Alexander Nischelwitzer, head of the Digital Media Technologies group.

Apart from usability and accessibility services, the expertise of the DMT team comprises design, evaluation and implementation of interactive multimedia information products for companies and museums as well as the development of mobile applications for smartphones and tablets. The development team and Information Management students have access to cutting-edge multimedia and project laboratories, including the Digital Media Lab, the Digital Creativity Lab, Vision Space, a video studio/bluebox and an audio studio.

From Graz to Trinidad & Tobago

The most important partner of the DMT group is the Graz children’s museum FRida & freD. Interactive exhibitions designed by DMT for FRida & freD have already been shown in Germany, Belgium, the Czech Republic, Slovakia, Romania, Serbia and Croatia. The round trip through the human body which was designed in 2006 under the title “Head over Heart” (Kopfüber herzwärts) has even been shown as far away as Trinidad and Tobago and was last on display in Neu-Ulm, Germany, in 2015. 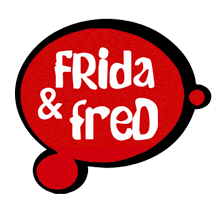