Avalanche forecasts are usually prepared on the basis of snow profiles which provide information about the structure of the snowpack. The Institute of Electronic Engineering at FH JOANNEUM participated in a project which focused on the autonomous monitoring of snow stratigraphy using a radar system. The stratigraphy of the snowpack provides key information for predicting avalanche danger.

Snow slab avalanches involve the release of a cohesive layer of snow, or snow slab, over an extended plane of weakness. The structure of the snow layers, or snow stratigraphy, needs to be monitored on a continuous basis to be able to predict snowpack stability. Conventional approaches use invasive methods involving the manual digging of snow profiles. This method does not provide information about the temporal evolution of the snowpack and puts the person digging the profile at risk of being caught in an avalanche. If the snowpack is unstable it is often impossible to obtain such information on site.

The project launched in September 2010 explored the possibility of using remotely controlled upward-looking radar systems to characterise and map the local physical properties of the snowpack in a non-invasive manner without putting anyone at risk. The radar system is buried in the ground underneath the snowpack and is gradually covered by snow in the winter months. The project was carried out with research partners from Germany (University of Heidelberg/Alfred Wegener Institute for Polar and Marine Research) and Switzerland (Institute for Snow and Avalanche Research SLF in Davos).

As weak layers in the snowpack often have a different structure or different physical properties than their environment, radio signals travelling upward through the snowpack are partially reflected. An analysis of the reflected waves allows the physical properties of the snowpack to be characterised, for example the number and properties of the internal layers such as snow thickness and snow density. These data are then assimilated into an existing model of snowpack evolution. The measurements are repeated on a daily basis, enabling non-invasive monitoring of the development and structure of the snow layers and provide quasi real-time information for assessing avalanche hazard. The project is thus a first step towards autonomous monitoring of snow stratigraphy, including in potentially unstable slopes and without putting personnel at risk.

The two radar systems were installed side by side on the Weissfluhjoch test site of the Institute for Snow and Avalanche Research SLF in Davos in November 2010. The devices provided measurement data of snowpack stratigraphy on an automated basis until 2013. 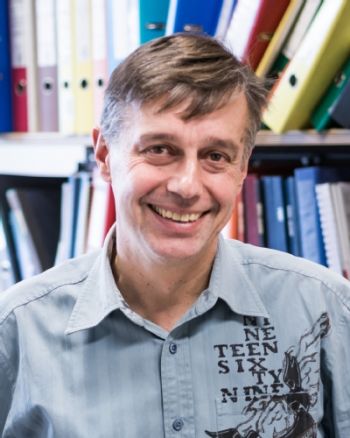 Institute for Snow and Avalanche Research SLF in Davos