We found the following for {{current.query}}:
No results found
Master's thesis | Interaction Design

Augmented Reality, an extension of reality, is already able to make many areas of our everyday lives easier. In this process, digital information is superimposed and displayed directly on top of real objects. This type of visualization also offers a lot of benefits to the sports industry, especially through its accessibility in smartphone applications. In the field of sport climbing, climbing routes from all over the world can be found through the use of different apps. These apps display the names and grades of the routes, and sometimes a broad range of additional features as well.

By using these apps, climbers can get an idea of a route before actually reaching the cliff. The primary concept is that a smartphone app is developed through a connection between the so‒called climbing apps and AR through the use of a sophisticated concept and a subsequent prototypical implementation. With the help of the smartphone camera, the resulting app is able to first recognize the rock face, and then superimpose the climbing route directly on top of the stone as a graphic depiction. This app also displays the name and length of the route, as well as its degree of difficulty. In this way athletes are able to make a quick decision regarding the correct route. 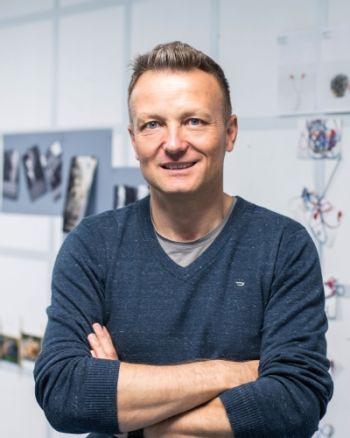